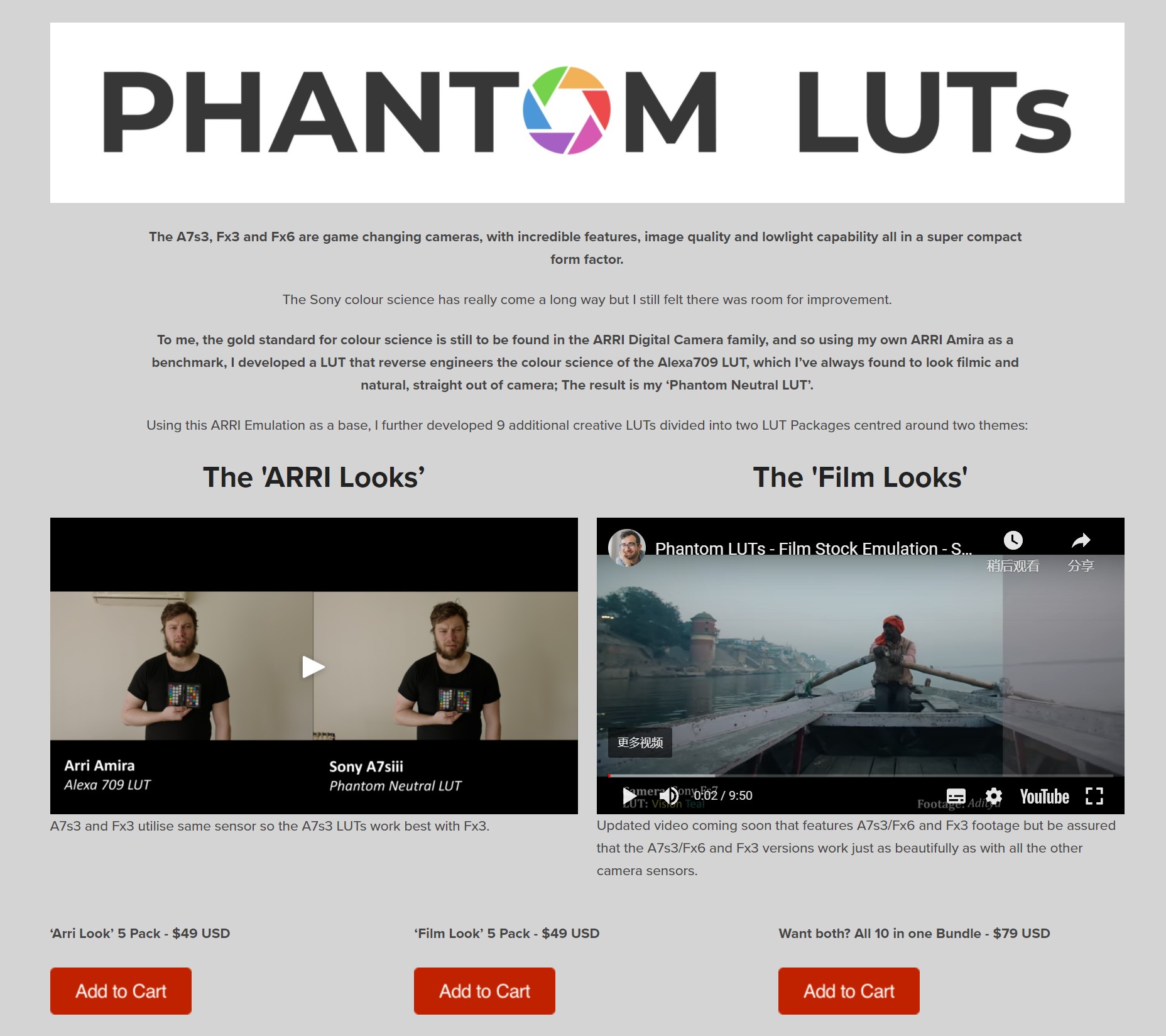 The A7s3, Fx3 and Fx6 are game changing cameras, with incredible features, image quality and lowlight capability all in a super compact form factor.

The Sony colour science has really come a long way but I still felt there was room for improvement.

To me, the gold standard for colour science is still to be found in the ARRI Digital Camera family, and so using my own ARRI Amira as a benchmark, I developed a LUT that reverse engineers the colour science of the Alexa709 LUT, which I’ve always found to look filmic and natural, straight out of camera; The result is my ‘Phantom Neutral LUT’.

Using this ARRI Emulation as a base, I further developed 9 additional creative LUTs divided into two LUT Packages centred around two themes:

The ‘ARRI Look’ LUT pack was developed alongside my ARRI Amira to first and foremost provide a way to emulate the Alexa709 look with the ‘Neutral LUT’. Included with Alexa709 Emulation LUT are four look LUTs to act as creative variations and alternatives for further colour grading options. The Fx6 sensor is very similar to the A7s3 and Fx6 specific versions are included with the A7s3 LUTs as a package deal.

Comparing my LUT’s Characteristic Curve to the Alexa 709 LUT (NOT the Arri709 LUT) you can see they’re practically identical right down to the 10 bit values and middle grey IRE level. Ensures for very simple and intuitive matching with the Alexa. This curve is the backbone of the Alexa look largely responsible for the silky smooth tonality which makes it famous.

The 5 LUTs Described Below:

The ‘Film Look’ LUT Pack contains 5 LUTs inspired by real film stocks designed to give your A7s3 & Fx6 Footage the Film Look. The emulations are based on my own research and subjective impressions of the film stocks listed.

The 5 LUTs Described Below: