Joel works as a freelance Cinematographer/Director who strives to bring authenticity and quality to his work above all else. He is a proud member of the Australian Cinematographers Society (ACS) and owns his own ARRI Amira.

First picking up a camera in high school, Joel immediately knew that film making was his calling.
“I’d never done something that felt so natural”, says Joel, “and people around me seemed to agree. That was HUGE for me as a 14 year old – to love something so much and to have others confirm they were seeing something special – it was the first time I ever felt like I knew what I wanted to do when I grew up.”

Growing up in an artistic family, who travelled Australia in a bus playing music as a family band, Joel was always going to struggle to fit into the 9-5 tradition of ‘normal’ adulthood. To Joel, ‘normal’ was living day to day and week to week, with his unconventional childhood breeding in him a tolerance for risk and stress that most people find overwhelming.

”I’m at my best when the chips are down and things are falling apart – this is not to say I court chaos – far from it. As someone who was raised in what some may refer to as a ‘chaotic environment’, I appreciate a well devised plan and the hierarchy of a high functioning team more than most, but as anyone in the film industry knows, things never go according to plan, and if and when they don’t – I’ve found that I’m simply able to function better under pressure than most’.

Joel has almost as much history in front of the camera as he does behind it – having been a professional actor through his early to late twenties. He believes this only helps him stand out in his ability to contribute to the projects he works on.
”The culture on set is as important as the cameras and lights. If your actors, talent and crew are not able to perform at their best, then it’s all for nothing. I understand this and strive to engender a positive, fun and inclusive energy on set whilst still balancing that with an ambition to stay on schedule and really achieve something special and worthwhile with the time we have. The other thing is, as an actor I was trained so well in breaking down and analysing scripts that when I’m creating the visual language for a project, this training only helps me make bold and intuitive choices that will serve and amplify the vision of the director and connect to the heart of the story.”

Joel currently works out of Melbourne Australia but is available to work worldwide. He works on Music Videos, Commercials, Fashion, Documentary, Corporate and Narrative and would love to hear from you if you’d like to collaborate on a project you have coming up! 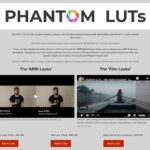