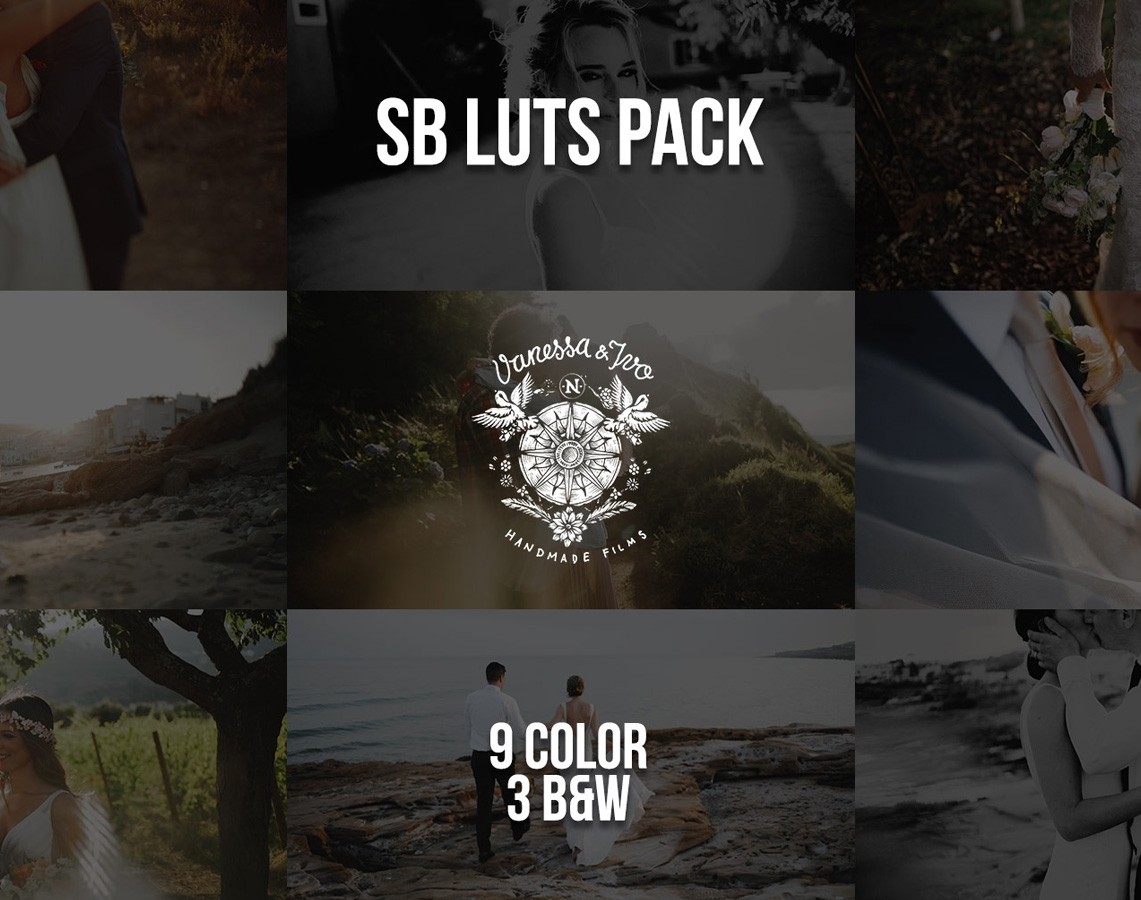 We’re Vanessa & Ivo, wedding videographers. We shoot weddings since 2012 and if you’ve never heard of us, check us out at http://www.vanessaivo.com and https://vimeo.com/vanessaivo

We decided to release this pack because we kept receiving questions about our grading process.

These LUTs are not “cinematic” or “film like”. We’re also really tired of the same “orange and teal” look that many LUT creators try to achieve. These are just looks that we created over time, that we like and use daily in our movies.
They’re warm, colorful and contrasty.

In this pack you’ll find :

I use these LUTs with my footage shot in Neutral on Sony cameras. The results will be similar with any other camera that shoots neutral or regular Rec.709.

Before switching to Sony cameras, we shot with Canon. Like most of you, I tried Cinestyle and a few other flat presets. Since we shoot mostly weddings, I quickly realized that these flat profiles are overkill and add time in post. Also, when we first started there was no easy way to grade and load LUTs inside Adobe Premiere, so I opted to switch to Neutral and then do some grading with CUDA accelerated plugins – mainly the native plugins inside Premiere, trying to speed-up the render process.

Once LUTs became mainstream I decided to create my own presets to make the grading process easier.

When we switched to Sony, I had to try S-log2 and the other Picture Profiles. As you know, they impose certain limitations during shooting (high ISO’s, for instance), and I can’t really “see” and “feel” what I’m shooting instantly, because it’s so flat! I decided to just disable the Picture Profiles, and shoot in Neutral. This allows me to shoot ISO 100, and I can get an instant feel as to what my images are going to look like after I grade them.