Taylor Jackson has been a photographer in the Kitchener-Waterloo area for over 15 years.

He started in music photography, photographing the bands he loved. Eventually, those friends started getting married.
They didn’t want to hire a typical wedding photographer. They just wanted to live their day, and have someone make it look incredible. 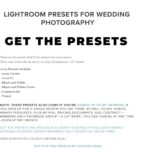