After a bit of gripping and gaffing for petty cash, Phil Holland began his career in the motion picture industry on the VFX side of things in 1999 working in the Scanning and Recording Department at Rhythm and Hues Studios. As a Digital Imaging Specialist he had the privelage to explore film rather deeply through cinematography, high resolution scanning, high resolution laser recording, and his efforts as a Digital Colorist on feature films. From 2011 on Phil has moved on to pursue his Directing and Cinematography career with a keen interest in bleeding edge digital cinema technology. As of late he’s been spending a great deal of time up in the air filming aerials in all over the globe as well as executing some smaller scale narrative and commercial pieces. Cinematic and Commercial Color developments have still played a major part of his professional career during these years. Outside of more creative color work, Phil has been an early adopter and innovator in HDR Color grading and delivery, has created color profiles for computers, tablets, and smartphones, as well as consulting on many color pipelines. You can learn more about about Phil and his work at www.phfx.com 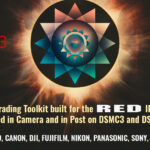