Michiel is a 30 year old, self taught freelance photographer based in Beringen, Belgium.

He discovered his love for outdoor photography while on a road trip through New Zealand in the beginning of 2015. His work nowadays focuses mainly on the feeling he got being on the road for the very first time: Adventure.  To offer a documentation of his travels on a constant basis, he uses different media platforms such as Instagram and 500px. Where with a combined following of approximately 350,000 he quickly became one of Belgium’s most followed photographers.

With his work he tries to inspire as many people as he can to head out themselves and see the world with their own eyes.

If you’re interested in a collaboration: simply say hello via the contact form below or send me an email at [email protected].

Some of the selected clients he worked with are:

Interview about expo on TVL 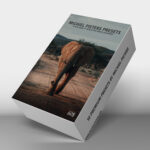